Aircraft loads are essential to the design cycle. Including loads early is key to reducing program risk and cost by avoiding potentially expensive re-work later in the program. It provides better information when making critical early design choices. TLG is your loads group for any project.

For an aircraft, the combination of static and dynamic loads, the range of the flight envelope, all payload loading conditions and flight maneuvers, results in hundreds-of-thousands of load conditions.

TLG has developed an extensive set of tools to facilitate quickly setting up and running thousands of static and dynamic loads cases. The data collected is then quickly processed to obtain the most critical load cases and provide loads envelopes to the stress and structural engineers.

WHEN DO YOU NEED LOADS?

Loads are essential to nearly all stages of the design cycle. Early in preliminary design, the structural designers need initial loads to size preliminary structure. Iterations progress and detail and fidelity increase. The final step for an aircraft, is a full set of certification loads for submission to the FAA and EASA.

Changes to loads inputs after substantial portions of detailed design can necessitate a significant amount of rework. TLG will work with your organization in the early stages of the design process. This will minimize the program’s potential for expensive surprises later in the design and certification cycle.

AIRCRAFT LOADS AFFECT MANY ENGINEERS IN THE DESIGN AND MANUFACTURING PROCESS 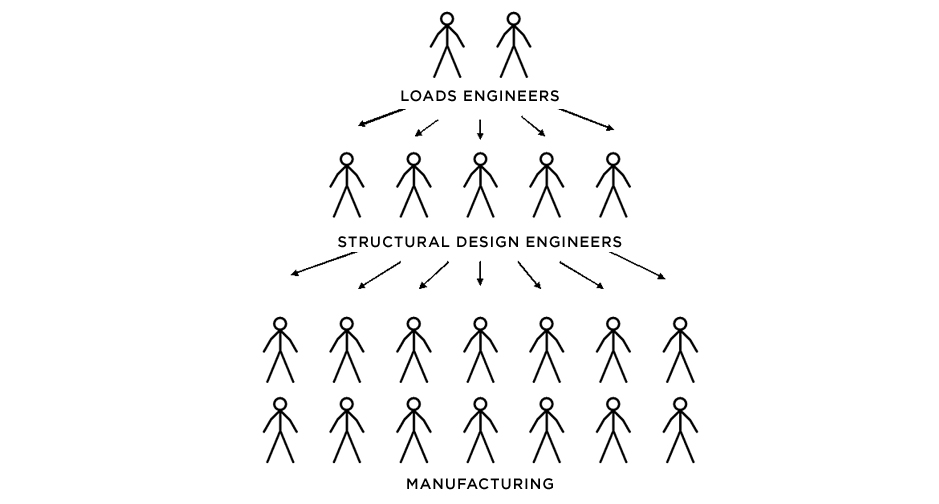